Toby Lightman: A Musician and Mom with a New Album—and Outlook 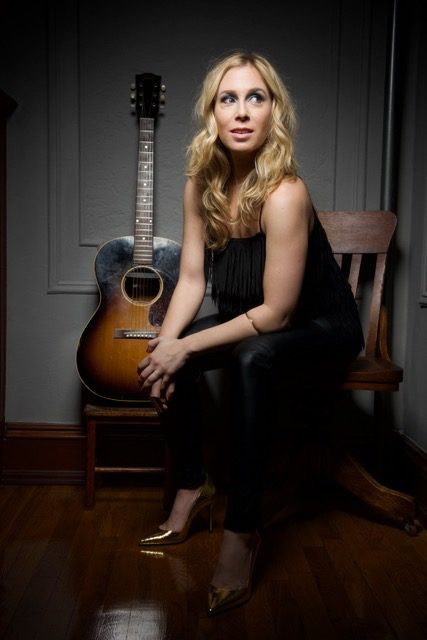 When singer Toby Lightman’s first album Little Things debuted on the prestigious Billboard Top 100 in 2004, the music industry took notice. As Entertainment Weekly put it, “Lightman’s debut suggests bigger things to come.” And bigger things certainly did come for the singer-songwriter, whose soulful pop sound has been compared to industry greats like Sheryl Crow. Lightman started touring with musicians like Jewel, Rob Thomas (who she calls “the nicest guy”), Train (“not only nice but also hysterical!”) and Gavin DeGraw, as well as opening one night for Prince. “I was standing on his purple stage in Portland, Oregon, waiting to soundcheck. I turned around and there he was standing right in front of me, thanking me for leaving my tour to come and play a show with him! He said that he saw me perform on Conan and loved my guitar playing and singing. I nearly fainted!”

As her career was taking off, Lightman was also embarking on another journey—starting a family. Like many women, getting and staying pregnant didn’t come easily, and affected her in several ways, including how she saw her career. Eventually, she left Atlantic Records to have more control over of her future, and recently released a new album on her own—a beautiful lullaby collection called When the Lion Sleeps—which was inspired by her toddler son. We chatted with this musician and mom about the decision to leave her label, her battle with infertility, and her new album. 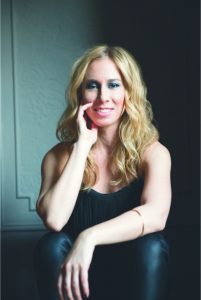 First of all, opening for Prince must have been incredible. Can you share any more details?
We ended up having the most amazing night, being treated like royalty and hanging out with Prince until 4 am, just chatting and playing pool. It was just my band and him, sitting in a bar like old friends. It was surreal and a night that I’ll never forget.

Amazing. What are some other career highlights for you?
I would say the first one that was of significance was when “My Sweet Song”, an ode to the blues music I love, was placed in the Hilary Swank movie PS. I Love You. It was my first significant placement in a movie and it played for about two minutes with no dialogue which made the song a focus of the scene. You can hear it when Hilary Swank finds out that Kathy Bates has been leaving her the letters from her dead husband. Sounds silly, but she’s literally crying for two minutes and “My Sweet Song” is taking center stage! My family and I all went to see it in the theaters and cheered a little too loud when the song came on!

That is a wonderful story. Did you always love singing?
I started playing violin when I was six and singing in high school.  I didn’t think I was any good until I sang the solo at my high school graduation. After that, I decided to teach myself guitar in college and I ended up getting a record deal in a year— I was lucky it happened so quickly!! After releasing my debut record “Little Things”, they closed the label and moved me over to the parent company, Atlantic Records. I didn’t get as much attention there because everyone who had signed me was fired. I released my second album with Atlantic, but left the label after that and started releasing independent records on my own.

Why else did you leave the label?
As an independent artist, you have creative control, artistic control…a big label micromanages everything. They are heavily invested and want to make sure what you’re doing is what they want. I started pitching my songs (that I now owned) to be used in movies, tv shows and commercials and quickly saw that I had a place there and could get more exposure from those placements! I write and record from my home studio and can dictate my own schedule and mold my career around my life—which is especially important to me being a mom. 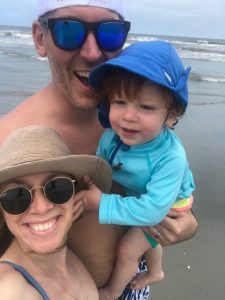 That’s interesting. How else did becoming a mom—or your path to motherhood—contribute to this decision?
To be perfectly honest I had trouble getting pregnant and I realized I couldn’t really tour and be away from my husband when we were trying to make a baby! So I had to focus more on recording and writing for other artists and film and TV shows. These days I work remotely with a lot of friends and still get to have a flexible schedule

Do you ever think about going back to a big label?
I do…but it’s a different world from when I was signed to a major label. They basically want you to do all the work and get millions of fans and then they sweep in and take it from there. Although, I miss the big budgets and the endless resources, I do like that I can put out music to my fans in all of the same places that labels can. So it doesn’t make much difference for me now.

Can you share how music helped you cope with infertility?
I got married at 34…most of my friends got pregnant right away so when I stopped taking the pill at 36 I was like wait, why is this not happening. It became lonelier and lonelier and I realized how many people had trouble and didn’t talk about it. Then I started doing treatment, multiple IUIs and two rounds of IVF, and ended up miscarrying one embryo that we got. It was a really tough period for me.  I was amazed I was able to be creative but I used it as a device for songwriting.  “Spaces” and “Breathe in” are both singles that I wrote and produced myself while going through this battle. So it was empowering to know that I could produce a song from soup to nuts; it gave me confidence in my mind and body to keep trying for a child. I released both songs after I had my son Leo, who’s now 18 months old. “Spaces” is about trying to reach a goal and filling the space between you and where you wanna be.  For me, that was a life with a baby. After my miscarriage I wrote “Breathe In”. I was amazed that I could write something so positive and hopeful in a moment of such sadness. But I knew that I would move on and continue fighting. I had no other choice, but to keep going. I’m so glad that my fans have responded so positively to these songs. I want other women to know that they’re not alone. 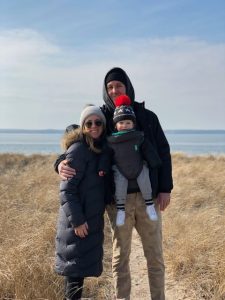 That’s beautiful. Where are you focused on taking your career now?
I have to keep motivated to release new songs and expose my music to new audiences. Now being a mom and having battled infertility, I want to reach other people and that world. Now thankfully, being a mom, I realize that it truly does takes a village and you have a lot of these things in common with other women.

Do you sing to your son?
I sing to him all the time!  That was the motivation for this lullaby album. I was singing to him and he was responding with such wide eyes and smiles—way more than the instrumental lullaby albums that people gave me as gifts. I knew that I had to capture that in an album (with him making guest appearances in a couple of little songs that I made up for him).I chose songs that I wanted him to know as well as songs (mainly soul and doo-wop songs) that my Dad used to sing to me as a child. Songs like “Goodnite Sweetheart Goodnite, Moonshadow, Blackbird and How Sweet It Is. I get to relive that joy of new music every time Leo hears a new song! My husband recently brought him to my show at City Winery in NYC (his first concert EVER!) and he just sat in his high chair and stared at me up on stage with my band. It was magical!

Listen to Toby’s music, including “Breathe In” and “Spaces“, as well as her new lullaby album, “When the Lion Sleeps,” on  Spotify, iTunes and Amazon. 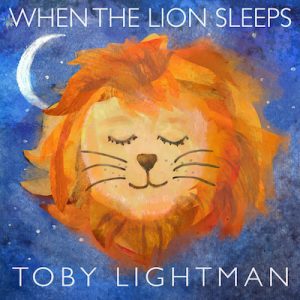 To learn more about Toby Lightman, including her current tour, go to http://www.tobylightman.com

This interview originally appeared on The Local Moms Network. 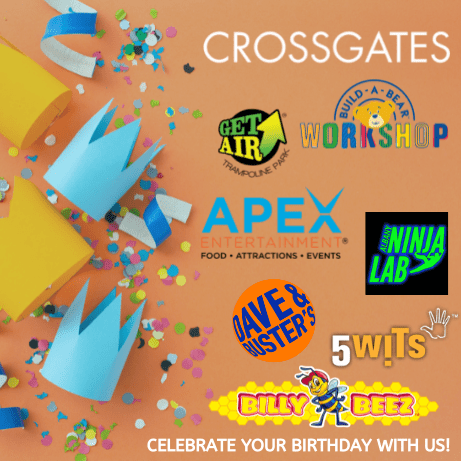