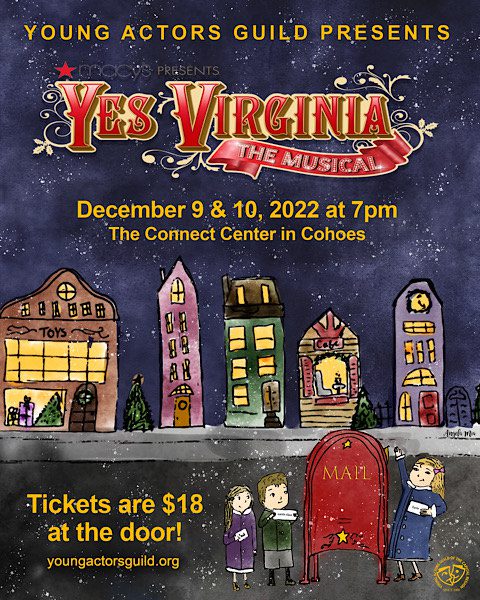 Come see Yes Virginia” The Musical on December 9 or 10 at 7:30PM at the Connect Center in Cohoes at 49 Johnston Ave.